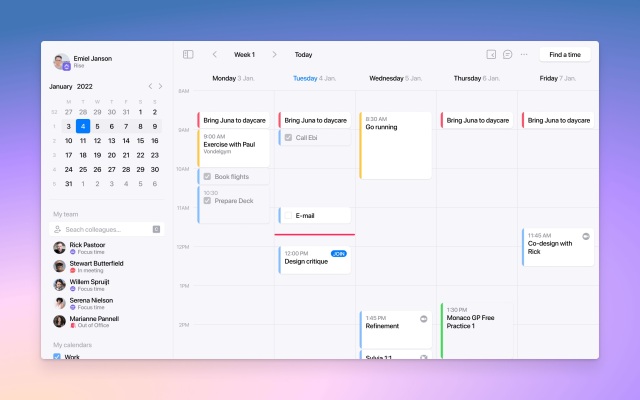 Meet Rise, a new startup working on a calendar app designed specifically for teamwork. Rise helps you see what you’ve got planned, monitor what your team is doing right now, and more importantly, schedule meetings that are most convenient for the entire team.

Based on the screenshot above, Rise is similar to most calendar apps. But its main distinguishing feature is a scheduling engine, so you don’t have to think about the best possible time for your next meeting — no Calendly link needed.

When you create an account, Rise asks you to configure the perfect week – a kind of blueprint for your week. For example, you don’t like meetings in the morning. Conversely, you can create time blocks that work well for meetings. Rise divides your week into meeting time and focus time.

Once your team is on Rise, you can create a new meeting by opening the command bar and entering information such as “Meet Sam and Sarah next week”. The app automatically parses your question and understands that you want to schedule a new meeting with two other team members.

Rise checks the availability, time blocks and preferences of all participants. Behind the scenes there is a ranking algorithm for each timeslot – Rise picks the best ranked result. As a result, the team members are all given some much-needed time to focus.

The startup wants to use a software-as-a-service approach with monthly subscriptions. Before teams start using Rise, they can link their accounts to Rise to see how much time they could have saved if they’d been using Rise all that time.

If Rise manages to convince enough companies to use his calendar, you can imagine interesting network effects for meetings with people outside your organization. For example, Rise could automatically schedule a meeting between two companies using Rise at the right time for everyone involved.

As for scheduling meetings with people who don’t use Rise, there’s no obvious solution here. Calendly is a popular option for busy people looking to share a link to availability — Rise is aware that there is some competition in this area.

“There are some very obvious things we could add that are also in similar products, such as quick copy and paste availability, calendar landing pages, etc. But there are also some brilliant products out there that offer similar features. where it’s harder to really jump 10 times,” Rise co-founder Rick Pastoor told me.

Pastoor also wrote a productivity book called GRIP that works well in the Netherlands. He has sold over 75,000 copies of his book. Rise is part of a new wave of calendar startups that are popping up lately. It will compete with Cron, Hera, Amie and others.

Rise thinks it can distinguish itself from the competition with its idiosyncratic approach to time management. “We don’t want to create a cockpit full of buttons and options. We want to help our users and teams get to what matters most. For that we need some initial input, but really we’d like to get that out of the way once we can reliably figure that out without having to specify it,” Pastoor said. 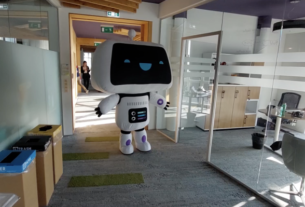 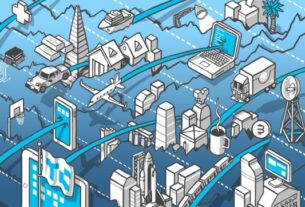 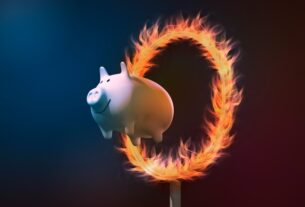