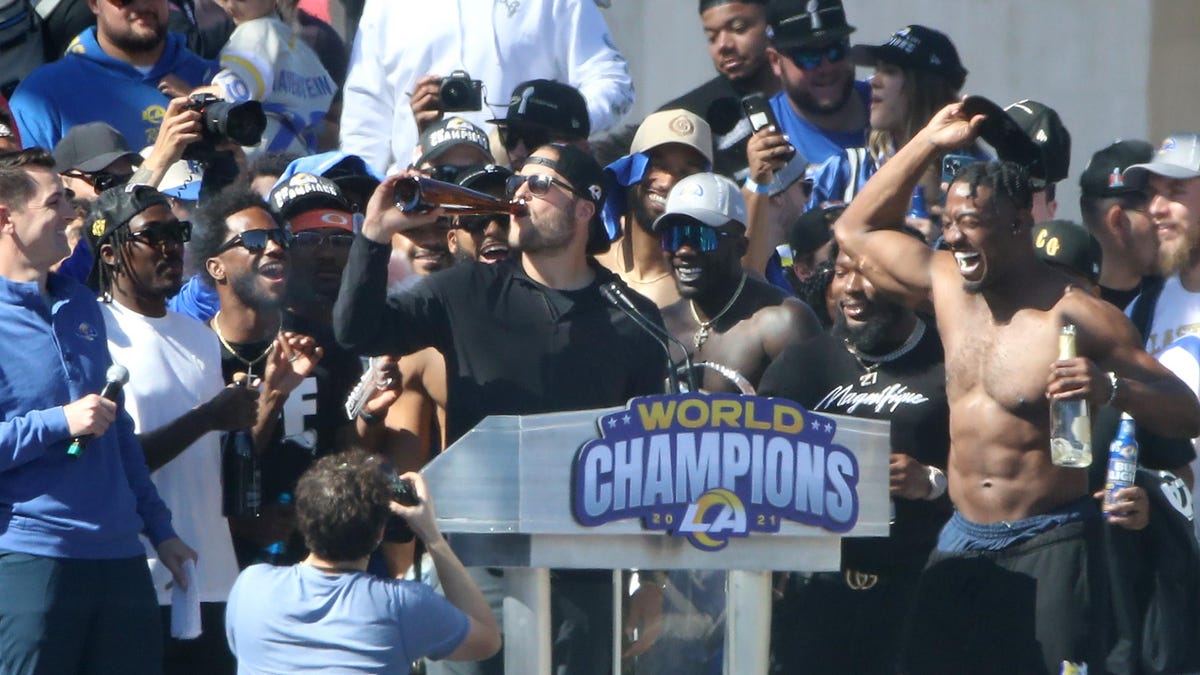 Matthew Stafford’s consciousness may not have been at an all-time high during the Rams’ Super Bowl parade on Wednesday. He was captured drink a bottle of Don Julio 1942 Tequila with a can of 805 beer in his other hand. That’s the only reason for an incredibly bad pick that happened later in the festivities, when he turned and walked away when a photographer fell from a raised stage while trying to snap a photo of him and his wife Kelly Stafford.

Kelly Smiley is the first photographer to slide off the stage, self-identifying hours later on social media, stating that she had broken her spine during the fall. Smiley works for the Rams, Crypto.com Arena, Los Angeles Kings and Anaheim Ducks, according to her Instagram. Just before the ten-foot plunge to the sidewalk, Kelly Stafford, standing next to her husband, appeared and handed her phone to Smiley to snap a photo of the couple. As Smiley puts her feet down, she falls out of the view of the live stream.

Matthew and Kelly’s immediate reactions are the same, both looking shocked. Then the Super Bowl-winning quarterback said, “Oh my God,” decided it was more important to drink some water and walk away from the incident, rather than help. Kelly seemed to outperform her NFL husband as she walked to the edge of the stage to check on Smiley, whose camera equipment also broke in the fall. After the tumble, the live stream retreats to a wide shot of the “Rams House” stage before dropping off.

Smiley said on social media that she spent Wednesday night in the trauma center of a local hospital but that she was “feeling fine.” No update on layoffs was available on Thursday morning. A close friend of Smiley’s has started a GoFundMe to help cover her medical expenses and replace damaged camera equipment. Neither the Rams nor Stafford have commented on the incident.

Being drunk three days after the greatest professional achievement of your life is no excuse to be an asshole or lack basic empathy. And that’s a terrible look for Stafford, whose fame on the Los Angeles sports scene is only growing. Is that how he treats a local photographer who works with the team he leads? Do it better Matt. 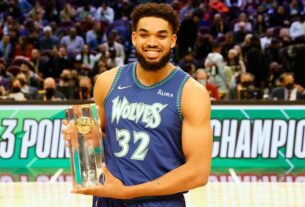 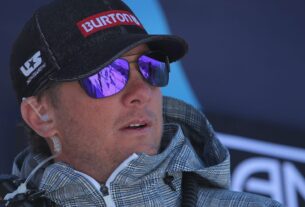