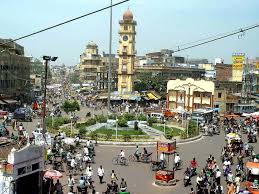 Kanpur is a major industrial city in the northern state of Uttar Pradesh, India. The city is situated on the south bank of the river Ganges. Located 60 kilometers west of the state capital Lucknow, the city is also known as the industrial capital of the state. It is located in the north-central of Brahmavarta which is called as Bithoor, famous for its historical and mythological beliefs, Dhruvatila is giving the message of renunciation and penance. The population here is about 26 lakhs. 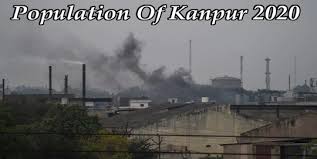 Jajmau was known as Siddhapuri in ancient times. This place was under Yayati, the king of mythological times. Presently there is a temple of Siddhanath and Siddha Devi. Also, Jazmau is also famous for the mausoleum of the popular Sufi saint Makhdoom Shah Alaul Haq. This mausoleum was built by Feroz Shah Tughlaq in 1358 AD. The mosque built by Kulich Khan in 1679 is also a major attraction here. Many antiquities were excavated here between 1957 and 58.

Presently this temple has become a center of tourist attraction. This beautiful Nakasidar temple is situated in Maheshwari Mohal opposite the Kamala Tower. The temple has beautiful enamel and glass decoration.

Kamala Retreat is located to the west of Agriculture College. This beautiful property is owned by the Singhania family. There is a swimming pool, where artificial waves are generated. Here there is a park and a canal. Where parallel to the zoo, there is a boating facility. Kamala Retreat also has a museum in which a collection of many historical and archaeological objects can be seen. It is mandatory to get the permission of the Deputy General Manager to go here.

Phool Bagh is also known as Ganesh Udyan. A memorial of Ganesh Shankar Vidyarthi remains in the center of this park. The orthopedic rehabilitation hospital was built here after the First World War. The park is located on Mall Road in the heart of the city.

Opened in 1971, the zoo is one of the best zoos in the country. It is the third-largest zoo in the country in terms of area and has 1250 animals. This zoo is a great place to spend some time like a picnic and to see the fauna. The zoo also runs mini trains and electric rickshaws.

Built-in 1875, the church is built in the Lombardic Gothic style. This church is dedicated to the British who died in the Revolt of 1857. The church was designed by Walter Grenville, the architect of the East Bengal Railway.

Nana Rao Park is located west of Phool Bagh. In 1857, this park had a BBQ. The park was renamed Nana Rao Park after independence.

Currently, this place is the biggest attraction in the city. There are many food and drink showrooms here. 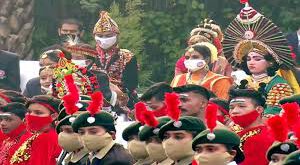