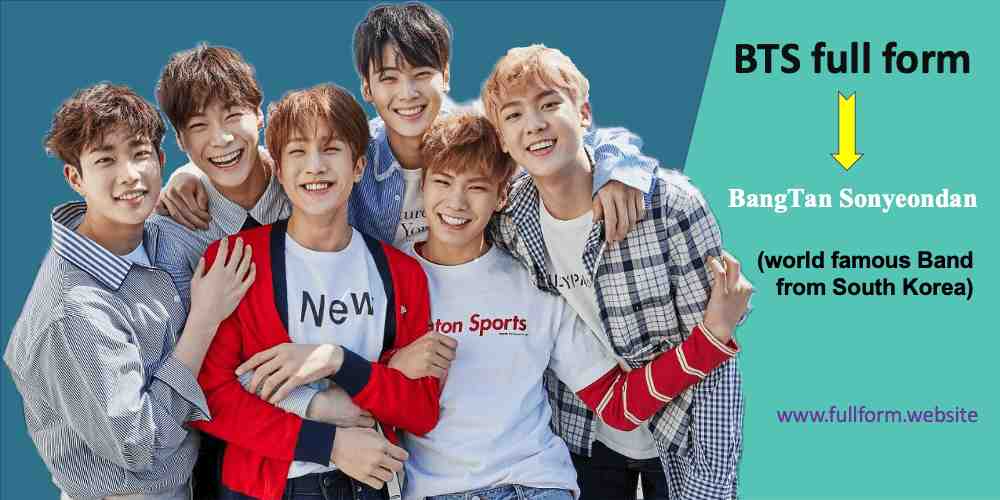 Bangtan boys is a seven-member group and all the members are in their twenties. BTS is the most popular music group worldwide that has achieved numerous awards and have broken many big world records in music and popularity.

Bangtan sonyeondan or BTS was formed in 2013 however the group started working for its launch in 2010.

BTS launched their first music album in June 2013. BTS is a Seoul, South Korea based K-pop boy band that has now become a mainstream name worldwide due to their biggest fan following globally.

BTS is formed and run by the Korean company Big Hit Entertainment that has changed its name to HYBE.

BTS debuted officially in 2013 with their single album – 2 cool 4 schools and it rapidly achieved many milestones and recognition in South Korea as well as won various New Artist of the Year awards.

BTS does live performances, world tours and award show performances. Nowadays BTS have become youth icons and inspiration for billions of youngsters who follow and support them because BTS songs often deal with youth life topics.

There are seven members in the boy band Bangtan Sonyeondan. BTS has 4 vocalists – Jin, Jimin, V and Jungkook and 3 rappers – Suga, J-hope and Rap Monster. These are 7 BTS members –

Jin is the eldest member of the group whose real name is Kim SeokJin. Jin was born on 4th December 1992. Jin was studying films when he was invited to join Big Hit Entertainment.

Suga is the main rapper of BTS whose real name is Min Yoongi. Before joining BTS Suga was an underground rapper in Daegu, South Korea. Suga is also the music composer, producer and songwriter for the group. Suga was born on 9th March 1993.

J-hope is the third main dancer, rapper and Vocalist in BTS whose real name is Jung Hoseok and he was born on 18th February 1994. Before joining BTS J-hope was a part of a street dance team.

RM is the rapper and leader of the group whose real name is Kim Namjoon. RM is the stage name that stands for Rap Monster or Real Me. Kim Namjoon was born on 12th September 1994. RM is also the songwriter and composer in BTS.

Jimin is the vocalist and dancer of BTS. Jimin was born on 13th October 1995. Jimin was the top student in modern dance in his school that he was doing before joining BTS at Busan High School of Arts.

V is the vocalist and surprise member of BTS because he was made public on the debut while other members were already announced. V’s real name is Kim Taehyung and he was growing up in a farmer family. V was born on 31st December 1995.

Jungkook is the main vocalist and the youngest member of Bangtan Sonyeondan. Jungkook was born on 1st September 1997 and he was just 15 when BTS debuted. Jungkook’s real name is Jeon Jungkook and he was the most in-demand singer before joining Big Hit Entertainment.

BTS albums are the most selling music albums in the world. Till 2020 BTS has released these albums –

What is BTS ARMY?

BTS ARMY or just ARMY is a name for BTS fandom. Like BTS, ARMY also has a full form that is Amazing Representative MC of Youth. Every K-pop band has a special name for their fandom.

How many members BTS have?

What is BTS merch?

BTS merch is the official or unofficial merchandise launched by the company. BTS merch sales is one of the major revenue source for BTS earning.

Where to buy BTS merch?

When BTS is coming to India?

There has been no announcement of BTS coming to India for their tour but the group has mentioned that they will soon have a concert in India.

Some other famous full forms of BTS

BTS- Back to School- community