The Allu Arjun starrer ‘Pushpa: The Rise’ not only set the box office on fire, but also won an admirer for Tollywood’s ‘Icon Star’ in Australian star batsman and former captain David Warner.

The Australian cricketer who has also been a regular IPL since 2009 David Warner has declared that he is Allu Arjun’s biggest fan and posted a fun video on Instagram showing himself in some of the iconic scenes from ‘Pushpa: The Rise’.

Warner has swapped his face with Allu Arjun’s. David praised the actor, saying: “I wish I was @alluarjunonline which makes acting look so easy #pushpa #india. Previously, a role of Warner’s daughters dancing to the ‘Saami’ song from ‘Pushpa’ went viral on Tuesday.

On previous occasions, the cricketer had posted videos of him joining his family in Allu Arjun’s best-known song ‘Butta Bomma’ from ‘Ala Vaikuntapuramloo’, which had taken the internet by storm.

Directed by Sukumar, ‘Pushpa: The Rise’, starring Allu Arjun and Rashmika Mandanna, has broken viewership records and won over Rs 300 crore at the box office. The Hindi version is approaching the profit figure of Rs 90 crore.

Suresh Raina followed the Australian batter. Chennai Super Kings’ ‘Chinna Thala’ showed off his dancing skills by dancing to the Hindi version of the same song.

Hardik Pandya was also not allowed to stay behind and tried to shake a leg for it. Now DJ Bravo, who is known as a sport and an absolutely laid-back guy, is also on hand.

The Caribbean cricketer posted a video of him dancing to the song, writing, “Going with the trend!!” and asked his friends, David Warner and Suresh Raina, “How did I do it!!”

Must read: Nagarjuna hints that it was Samantha who wanted to divorce his son Naga Chaitanya 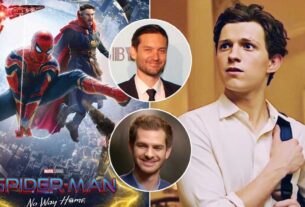 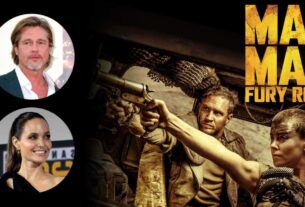 Did you know? Brad Pitt and Angelina Jolie were under consideration for Mad Max: Fury Road

Kanye West admits she had ‘suicidal thoughts’ in 2018