This morning, the creators of Bachchhan Paandey finally released the official trailer of the movie and its trending for all the right reasons. Led by Akshay Kumar, Kriti Sanon, Pankaj Tripathi, Sanjay Mishra, Abhimanyu Singh, Arshad Warsi and Jacqueline Fernandez also star. Bachchhan Paandey is headed by Farhad Samji.

While the trailer has caught everyone’s attention due to its powerful dialogue and the actors’ killer looks, the film is making headlines for completely different reasons. Shortly after watching the official trailer, it looks like netizens were having a field day and it centers on Akshay Kumar, who in one scene bends over to touch his feet but ends up touching Pankaj Tripathi’s crotch.

Netizens have found a similar real-life incident between a student and a teacher, mimicking the scene. Check out the hilarious meme below:

Meanwhile, Akshay Kumar said of the film: “It is always a pleasure to work with Sajid Nadiadwala. He and I go back years, we were friends long before we became an actor-producer. And you can only imagine how much fun it is to work with friends. Bachchhan Paandey is my tenth film with him and the audience can expect ten times the entertainment with this one.”

While producer Sajid Nadiadwala said, “This film is special to me for many reasons. Bachchhan Paandey marks Akshay Kumar’s tenth film with Nadiadwala Grandson Entertainment, and Jacqueline’s eighth film under the banner. It’s also a proud moment for me because we launched Kriti Sanon with Heropanti and she did a rock-solid performance in this movie. Farhad Samji is an extremely talented director and after several successful films together I hope we have a new winner on our hands.”

Bachchhan Paandey is scheduled to be released on the occasion of Holi, which is March 18, 2022. 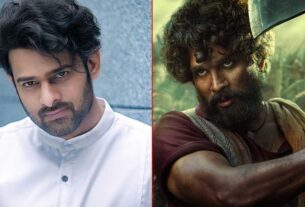